So, a couple of months ago my colleague Shane and I decided to join 26,000 other cyclists for a 100 mile cycle challenge that takes in the sights of London and the Surrey hills, the Prudential Ride London Surrey 100.

We’re not seasoned club cyclists but I’ve done a bit in my youth (turned 40 this year) and Shane is a young guy in his 20’s partial to a pint and a fag, but we planned to put in lots of training to cope with the leg-busting climbs!

Our training didn’t go exactly to plan but we were up early and ready to get on our two wheels with thousands of other people. The event begins at the Olympic stadium in Stratford, east London, and finishes on the Mall, via the sights of London and some pretty tough climbs in the Surrey countryside, but the best bit has got to be that the roads are closed to other traffic!

London started to heat up and was pretty damn hot by mid-afternoon – during my ride, the conditions were more or less perfect. It was sunny with not too much wind. Even the 7.15am start wasn’t cold although there were some riders wearing cycling tights not shorts, long-sleeved tops and some actually had waterproof jackets. Bet they were sweaty after an hour or two!

I’m proud to say we both crossed the 100-mile line at the Mall in pretty decent times, sunburnt, achy, exhausted but with big smiles. Medals handed out and goody bag gratefully received, the whole organisation of the event was brilliant.

We were fundraising for the RNIB because having worked with them we know what a great bunch they are. The charity provides vital support to people as they’re diagnosed with sight loss. One of the most important things they do is talk to people – go through all the available options, and reassure them during what can be a distressing time.

We managed to raise nearly £2,000 between us and believe it was the threat of photographs of us in Lycra pinging into peoples email boxes that made them cough up!

Would we do it again? Not sure, ask us again in 24 hours and a couple of beers… 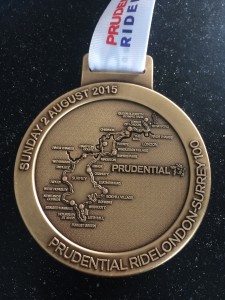 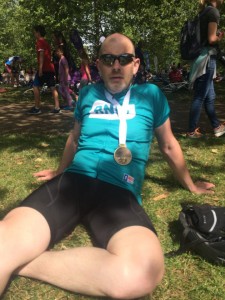 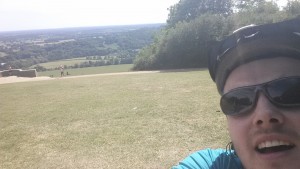 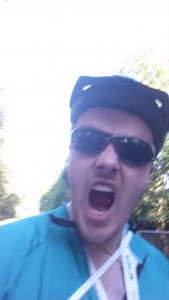 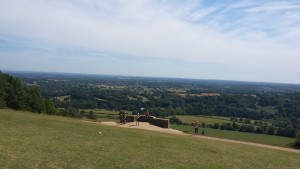 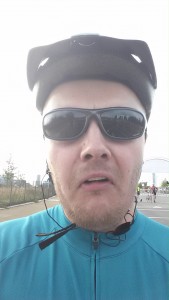 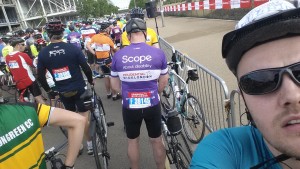 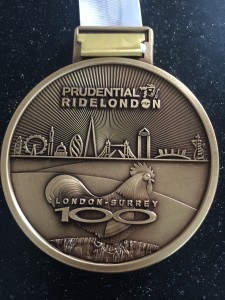 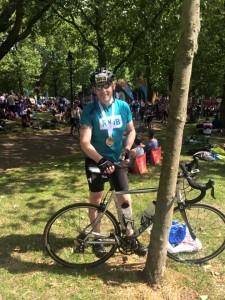